When you need the best criminal defense lawyers on your side 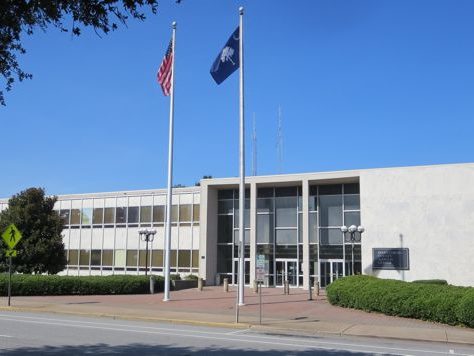 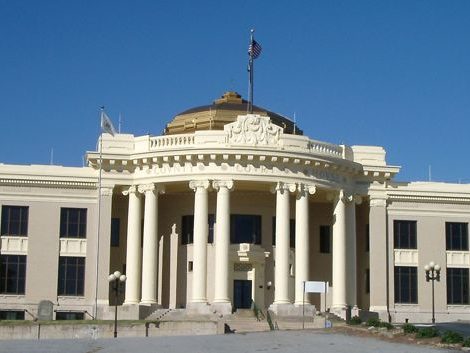 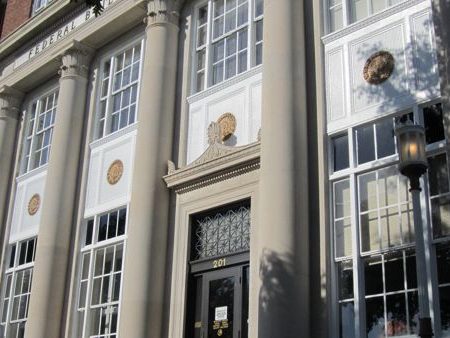 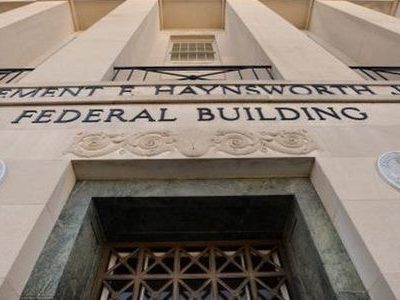 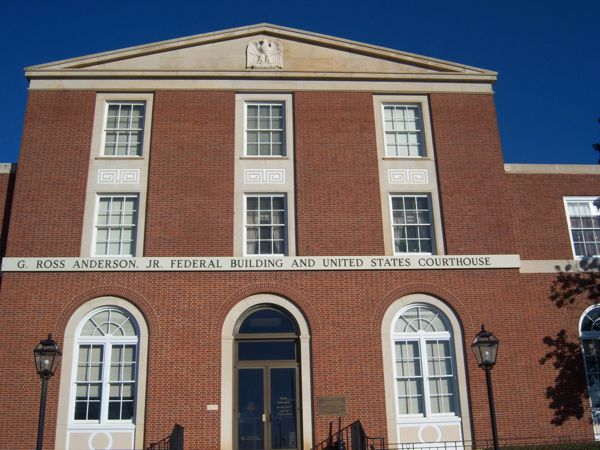 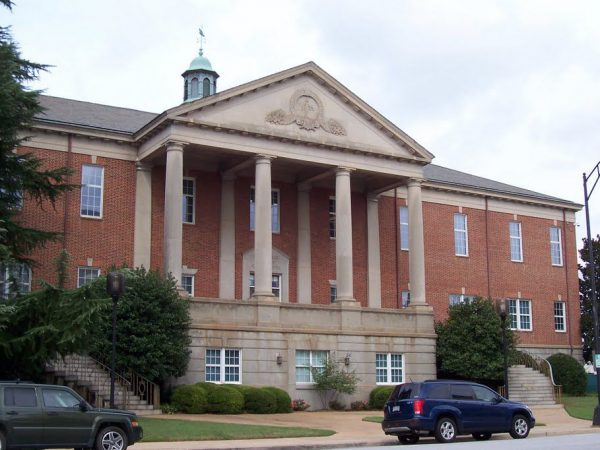 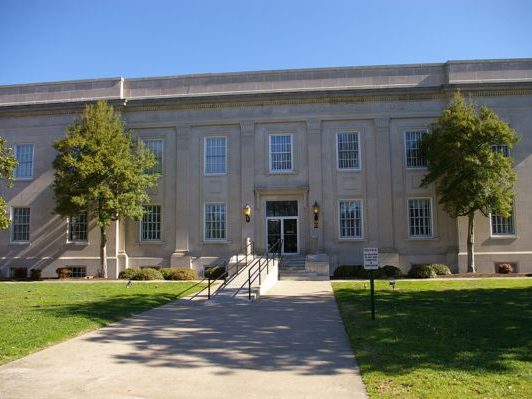 The principal segments of the Criminal Justice System

There are 3 major components of the Criminal Justice System which include:

Each contributes their own facets to stopping crime,  enforcing

the law, advocating justice for victims, as well as, rehabilitating offenders.

On the federal level, there are law enforcement bodies that cover specific areas of criminal law. For example, the US Department of Justice (DOJ), which includes agencies like the FBI, DEA, and ATF. The FBI enforces all criminal laws of the U.S., including bank robbery, drugs, child pornography, mail fraud, wire fraud, and firearms. The United States Drug Enforcement Administration (DEA) mainly enforces federal drug crimes. Alcohol, Tobacco, Firearms, and Explosives (ATF) mainly enforces federal gun crimes but handles other crimes as outlined in their name. Another agency would be the US Department of Homeland Security (DHS). Homeland Security addresses problems such as cyber-attacks and human trafficking.

The adjudication of a criminal case occurs through defined procedures in the courts. The courts hold trials for those accused of crimes, making sure to defend the suspects’ constitutional rights to ensure that their civil rights are not violated during the procedure to determine guilt or innocence. In the US judicial system, it is the premise that all suspects are innocent until proven guilty in a court of law.

Corrections, the third segment of the criminal justice system, handles criminals who have either been found guilty by the court or are awaiting trial. By definition of its name, corrections imply reform and rehabilitation. The corrections system includes federal or state prisons, city or county jails, pre-release and half-way houses.

Criminal Law and You What if you’ve been charged with a DUI or DWI?

Drunk driving regulations are not restricted to just alcohol or drug impairment in cars. DUI can be charged when operating any type of vehicle. Also, depending upon the circumstances and if the accused has any past criminal convictions can greatly affect how a DUI defendant can be charged. For example, CDL-commercial truck drivers, have much stricter DUI guidelines that must be adhered to than non-commercial motorists.

In South Carolina, there are serious penalties under state DUI and DUAC laws if you are found operating a vehicle after drinking or using drugs. South Carolina, like every other State, has the right to set the limits for blood alcohol levels, set the rules for testing, as well as, setting the penalties for each.  .....

What if you’ve been charged with Possession of a Controlled Substance?

What are Possession of Controlled Substance Charges?

Controlled substances are drugs or other substances that the federal government has decided to regulate and whose custody or use has been deemed illegal. Having possession of some controlled substances aren't always considered a crime, if and when, it's legal to own and use them under specific circumstances, such as under a doctor's oversight. Holding and use become illegal, however, when no legal explanation applies or when the elements have unequivocally no valid use, at which time the prosecution can bring charges.  ..... What if you are charged with Unlawful Possession of a Firearm? Legal Possession of a Firearm

There are many reasons that someone may choose to possess and/or carry a firearm. A person may want to carry one for safety or self-defense, some may choose to use one for just target shooting or hunting.

South Carolina is very welcoming when it comes to the Second Amendment. It’s quite easy to maintain legal ownership of many different types of firearms in South Carolina – assuming that the person has no criminal record. If someone has a conviction for domestic violence or a felony, they will not be able to pass the background check process to purchase a firearm.

Unlawful/Illegal Possession of a Firearm

Although South Carolina is a welcoming gun-friendly state, there are certain circumstances where it is illegal to carry a firearm. Unlawful possession of a firearm most often happens when someone has a handgun in their vehicle, but they don’t have a concealed weapon permit. Or if the handgun is hidden under a seat or concealed in a bag, it may be considered criminal possession of a firearm. This type of crime is typically considered a misdemeanor which can result in up to one year in jail. Prosecutors are typically very tough when it comes to this type of crime and seldom have the inclination to discharge them.

Penalties for Unlawful Possession of a Firearm

As mentioned, most unlawful possessions are considered misdemeanors and may result in up to one year in prison. But custody or control in any fashion of a stolen gun is entirely different and is a felony charge. Penalties for illegal firearm possession varies widely in federal and state court.

If charged with any of these crimes, you will be arrested, booked, placed in jail, and then attend a bond hearing.

Contact us for free consultation regarding your particular case or question.

If you're facing any type of DUI/DWI, drug abuse, substance abuse or gun charge, you need to engage the best criminal defense lawyer near me, such as the lawyers at Pruett and Cook Law Firm. Any DUI/DWI, Controlled Substance or gun charges often involve extremely important issues on whether law enforcement acted properly when handling your case. The experienced attorneys at Pruett and Cook can advise you on your rights, the likely penalties of the charges being made against you and how they can help you navigate the criminal justice system.

Even if, in the case that the potential consequences for your particular DUI/DWI, Controlled Substance or gun case were not extensive, you must remember that an arrested criminal record will stick with you and can have negative effects on your ability to get a job or even housing in the future.

Is alcohol classified as a drug?

Yes. Alcohol is classified as a drug. It is a depressant. Which in turn, means brain function and various other vital functions in the body are compromised when someone consumes alcohol.

How to beat a felony drug charge?

To beat a felony drug possession charge is a difficult matter. But, with an experienced law firm, such as Pruett and Cook, who have a clear understanding of the law, there are a number of options available that can help someone to possibly beat the charges or at least get them reduced.

What qualifies as drug trafficking?

Drug trafficking or distribution is the crime of importing, selling or transporting unlawful controlled substances, such as marijuana, meth, cocaine, heroin or other illegal drugs; or possession of certain amounts of drugs. The amounts depend on the particular drug.

Is drug trafficking a federal crime?

Yes. Drug trafficking is a serious crime. Therefore, it is punished more severely than mere drug possession. It is a criminal violation by both federal and state laws.

Do I have to go to jail for a first felony?

If you are a first-time offender charged with a non-violent crime, also had no past criminal history, with an experienced criminal lawyer by your side, you will most likely get a suspended sentence, probation and fines.

Felon in Possession is 0-10 years and Possession of a Firearm during or in furtherance of a Drug Trafficking crime is a mandatory minimum of 5 years and maximum of Life.

What are the types of pleas a defendant can make?

There are three (3) types of pleas a defendant can make: Guilty, Not Guilty or No Contest.

Can charges be dropped after a guilty plea?

The quick answer is no. When you enter a plea, it becomes a binding agreement with the court. On the other hand, if your attorney can prove an apparent injustice, then you may be able to withdraw from the plea agreement. Lastly, if the victim and the prosecutor dismiss the charges, then the guilty plea would no longer have meaning.

Can you overturn a guilty plea?

After entering a guilty plea, typically the judge will convict you simply based on your admission to the offense or offenses. At that point, you will usually no longer have any basis on which to undo that conviction, even in a court of appeals. However, you may have the option to appeal the verdict, assuming you didn’t give up that right in a plea agreement.

Is plea-bargaining a good thing?

For most defendants, the primary benefit of plea-bargaining is you may be able to get things over more quickly with a less severe charge and a lighter sentence than might have resulted from a conviction at trial.